Animals > Frogs > Do Frogs Have Teeth?

Do Frogs Have Teeth? 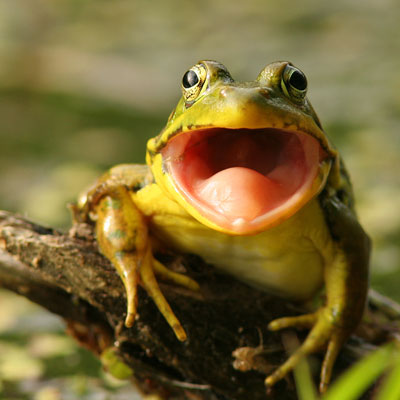 Many of you may be wondering, “do frogs have  teeth?”. Well, the answer is not all frogs have teeth. There are some species of frogs that have teeth. These species are carnivorous and so  have very sharp teeth. After extensive study and research, the latest indications are that,  after 20 million decades, teeth in their lower jaw have started re- evolving. 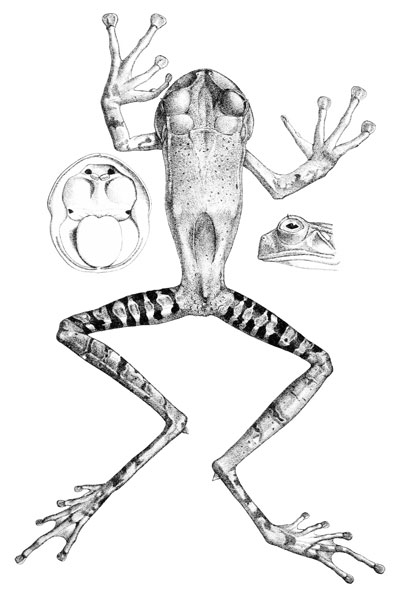 Out of 6000 species, Gastrotheca Guentheri,  native of South America,  is the only frog species that has teeth in their either jaw. The frog usually has teeth in its upper jaw. For carnivorous frogs, teeth are very crucial; they help in chewing their prey. These species have fanged teeth on their upper jaw.

Research analysis states that the ancestor of frogs had vanished their teeth about 230 million years before. These frog species are amphibians and their size ranges between 7.7 mm and 300 mm. You can often find them  in Papua New Guinea and Cameroon. They feature three membranes for eyelids. The transparent membrane safeguards their eye underwater. Unlike frogs, toads are toothless. Frogs use these teeth to clutch their prey and then chew on it. The bull frog of Africa is is one that can grasp large animals such as frogs and mice. They have sharp conical teeth.

Most Frogs Have Some Vestigial Teeth

The cone like teeth at the edges of the upper jaw of frogs are known as Maxillary Teeth.

Frogs have Vomerine Teeth on their upper jaw as well.

They swallow their entire prey as it is. Teeth in the upper jaw are used to grasp the food and grip the prey. After the food is properly clutched, these frogs, will then swallow the entire prey down the throat as their meal.

The frogs with teeth do not attack  humans. They are among the world’s gentlest animals. To hold their prey they use their tongue and then pull back it to the back of the throat to eat. Most of the time they swallow their prey as it is. The so called teeth only help them to grip the prey before swallowing them whole, using

Frogs are not herbivorous. They not only rely on small insects, but also hunt for tiny mammals, some of which includes bats, rats and the like. Their sharp teeth help them to grasp their prey. Therefore, frogs use their teeth to hold their food rather than chewing. Frogs retract the eyes into the head,  assisting  them in swallowing the food. They have a muscle that is connected between the bottom of the eye and the roof of the mouth. Retracting helps to swallow the food smoothly. Frog’s teeth are useless for masticating. They do not help in chewing the food; they are used for grabbing the food and to prevent the prey’s escape from the mouth.

Some frogs have tiny teeth. They are Primary Maxillary and Vomerine In the upper jaw, these frogs have Maxillary teeth at the same place where humans have.These frogs also have two Vomerine teeth on their upper mouth palate.The  Gastrotheca Guentheri frog species have teeth in their both jaws. They are the natives of Ecuador and Columbia.

The only difference between frogs and human’s teeth is their usage. Frogs use these teeth to grab their prey while humans use teeth for chewing. Frog swallows their entire prey and never chews. Their lower jaw is toothless; they only have teeth in their upper jaw and upper mouth palate.

Toads are toothless they do not teeth at all but many frogs have teeth.

Many have Maxillary Teeth on the upper jaw and Vomerine Teeth  placed on the mouth’s roof. The teeth are called Pedicellate, a condition where the  root is  separated from the crown by fibrous tissue. There are no teeth in their lower jaw.